We spent a lot of time this past winter at home shoveling out from the snow and waiting for Andrew’s arrival. Now that the weather is finally starting to warm up I’m taking every opportunity to get my little ones outside. Not only does it help breakup our day, but it also tires out the girls enough for an afternoon nap. 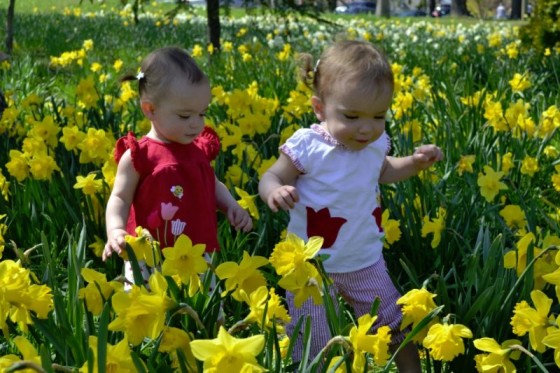 Earlier this week I loaded all three kids into the car to meet some friends at Hubbard Park in Meriden, CT.  We took the girls to the Daffodil Festival last year and drove through their Festival of Silver Lights during Christmastime but have never spent the day at Hubbard Park. I was impressed by all there was to keep toddlers busy. 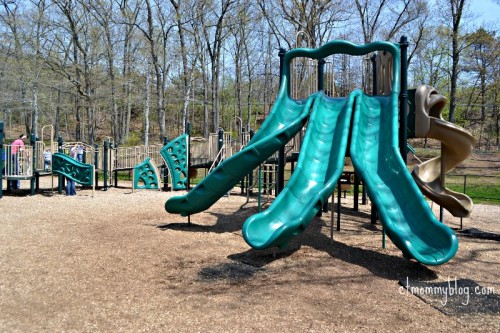 We started the day at the playground. It’s quite large and is divided into different sections for children 2-5 and 5-12. There were several slides, a drumming area, a rock wall, and four swings on each side of the playground. It seemed like a favorite hangout among stay-at-home moms and grandparents.  The YMCA was even there with their daycare program. 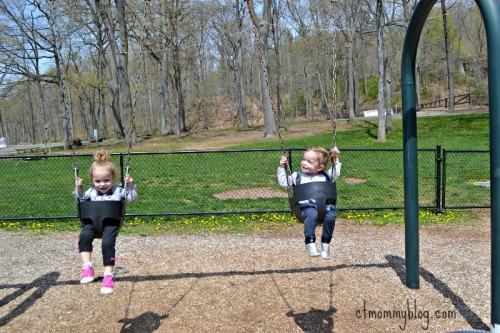 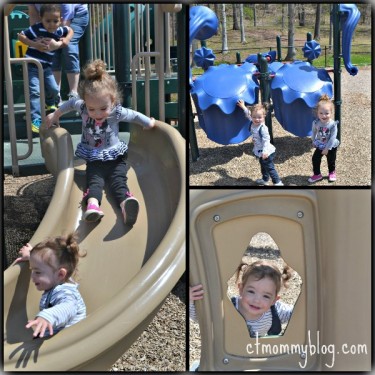 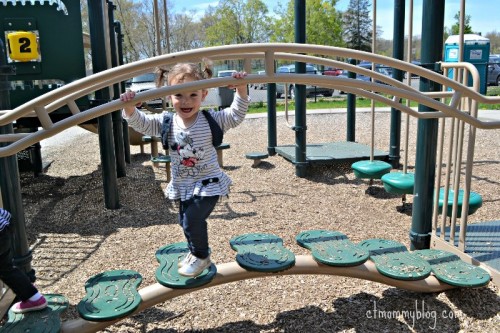 After the playground we took a break for lunch before heading over to feed the birds. There are several picnic tables adjacent to the playground. It’s a great area to enjoy your own lunch while the kids run in the grass. 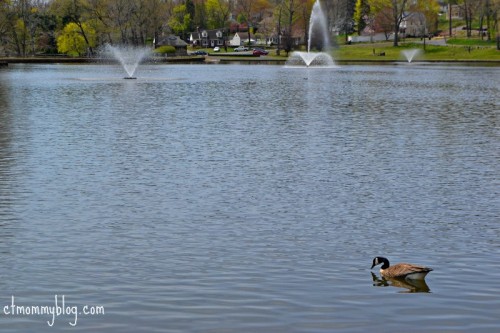 There is a beautiful pond in the center of the park with several fountains. People were gathered all around enjoying the  perfect spring weather. There were several people even fishing. 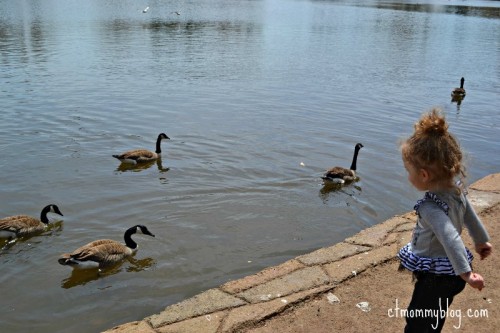 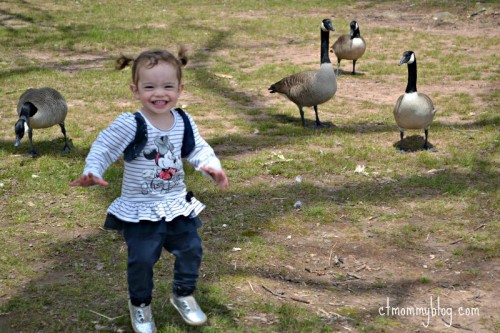 We brought some bread to feed the ducks. It was the twins’ first time being so close to ducks. Their smiles showed just how much fun they were having. 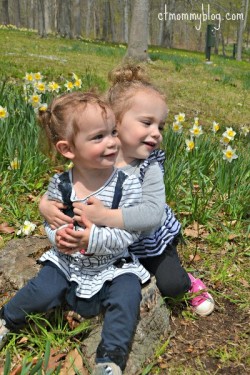 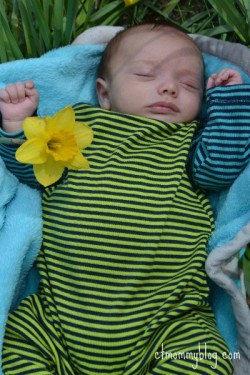 After feeding the ducks, we went over to the daffodils. I was surprised that they were still in bloom since the ones in my yard have already started to wilt. 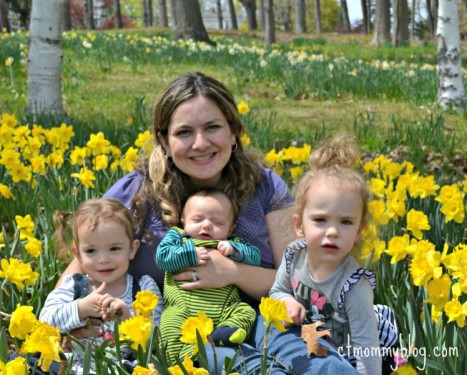 I’ve been wanting to get to Hubbard Park for a few weeks, but things are a little bit more complicated getting three kids out of the door. I’m so glad that I made it in time to take pictures while the flowers were still in bloom. If you don’t already have plans for Mother’s Day, Hubbard Park would be a great way to spend your day.