Now that the weather is warmer we’ve been spending a lot more time in our backyard and at local parks. My girls can spend hours at their water table so I thought one of the nearby splash pads would be a fun day trip. We headed to Wolcott Park and Splash Pad in West Hartford, CT for some water fun. 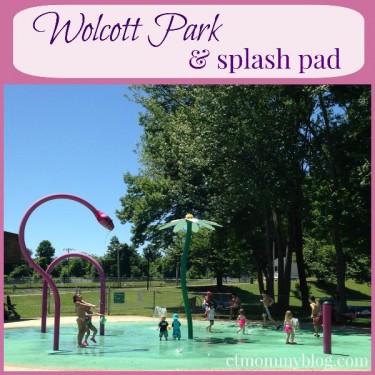 I’m still intimidated getting my three under three out of the house and in public all by myself, so it was comforting to see so many other mothers wheeling around double strollers. The splash pad and playground were fully fenced with a gate joining the two, so I didn’t have to worry about anyone running off.

This was our first time at a splash pad/sprinkler park. It’s basically what you would expect — several different sprinklers at various heights. Some of the sprinklers were overhead and some were underfoot. There was a giant flower and snake spraying water from above. The sprinklers alternated turning on and of, which added to the children’s excitement of which might turn on next. It’s a great way to kill a few hours on a hot summer day and the best part about it was that it was free! This particular park was open to the public meaning you didn’t have to be a West Hartford resident to attend. 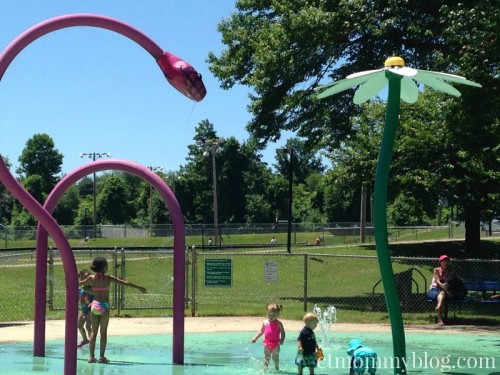 There were plenty of places to sit in the shade and watch the kids play. We went around lunchtime and people were scattered around on blankets, at picnic tables, or even their own lawn chairs with food. I even found a pair of moms with plastic glasses full of wine (rules say no glass allowed). I kicked myself later for not getting their numbers because they were definitely my kind of mom friends!

There were little ones running everywhere. I wondered how the freezing cold water didn’t affect them. My girls were a bit shy and would only really go into the water with me. I’m starting to wondering if their extreme clinginess is a result of bringing home their new baby brother.

After spending some time at the splash pad we headed to the adjacent playground. The play equipment is designed for kids 2-5. It’s a perfect place for toddlers and preschoolers to play without getting knocked down by big kids. 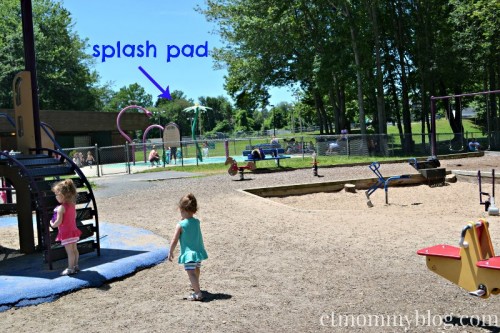 My girls loved that the play equipment was modeled after a princess castle since Sophia the First is kind of a big deal in our house. 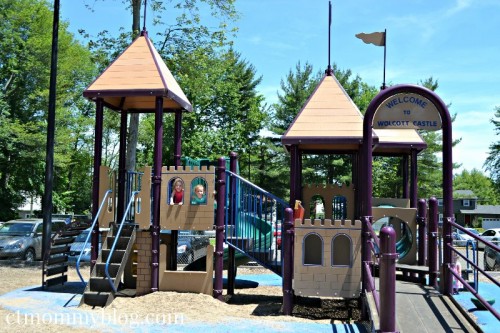 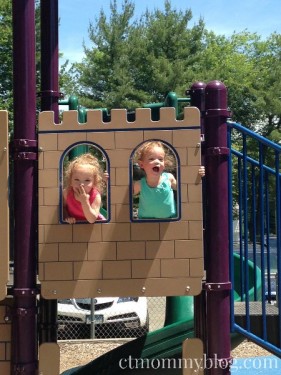 The playground wasn’t overwhelmingly large, which made it easy to watch my two running in different directions. We brought along some sand toys and the girls enjoyed playing in the sand pit. 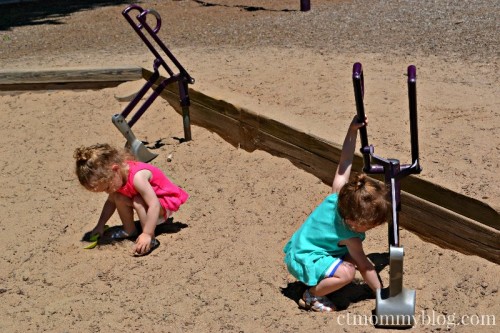 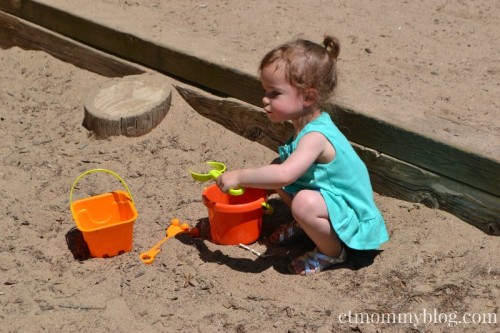 My girls loved the playground. My only concern was that there was not much shade for the playground equipment. The plastic slide sits in the beating sun in the middle of the day, making for a scorching ride down. I guess you have to go later in the day to enjoy the slide. 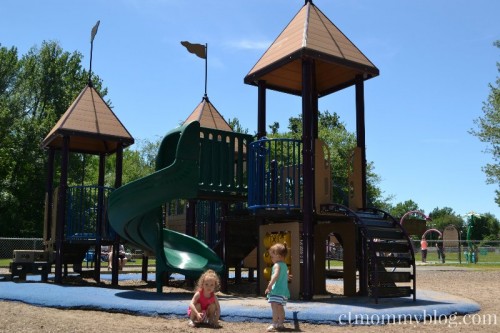 We had a great time at the Wolcott Splash Pad and Playground. I’m planning on taking the kids to similar parks again this summer. How are you planning on staying cool this summer? Do you have any suggestions on places I can try?