I’ve been getting the courage to get out more now that I have three under three. It’s challenging getting out of the door (how do we always lose a shoe or sock?), but once we’re out I’m glad that I put in the effort (most of the time). Our latest adventure was to Westmoor Park in West Hartford. I had read about their Gentle Touch Class where they teach little ones how to handle the animals, but thought we’d just have a play date with a friend and see all that the park had to offer. 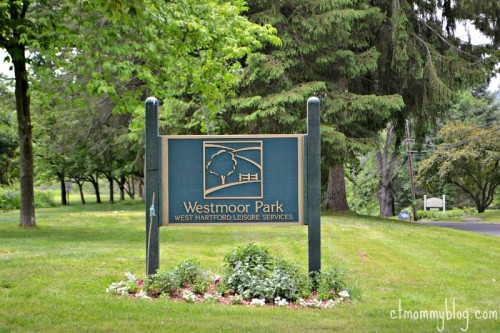 Apparently I wasn’t the only one wanting to take advantage of the nice weather because the park was pretty busy for a late Wednesday morning. There were toddlers and preschoolers everywhere. You could tell this was a favorite attraction for many of the families. 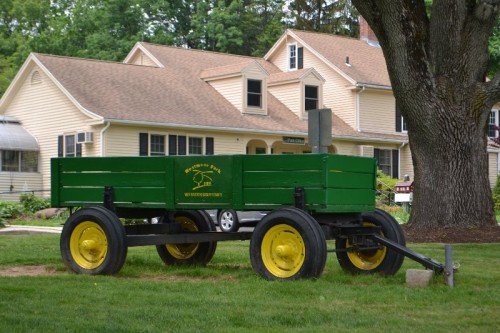 I was glad to see that the park was stroller accessible since I’m still trying to figure out the best way to get around with two two-year-olds and an infant. I chose to use the snap-and-go stroller for Andrew and had the girls walk, but there were plenty of other moms wearing their baby in a carrier with a toddler by their side. 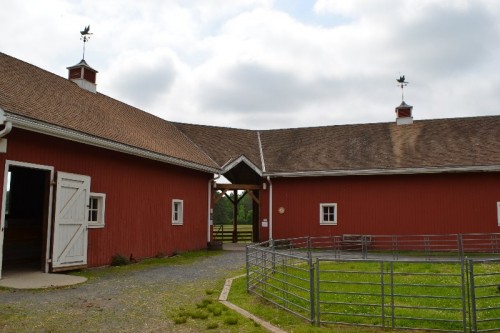 The first animals we saw were the horses. Olivia was immediately scared of them. I can see why; the barn was dark, the horses were large and loud. I had to hold her through the barn, but when I asked her at the end of the day which animal she like the most she of course replied the horse. 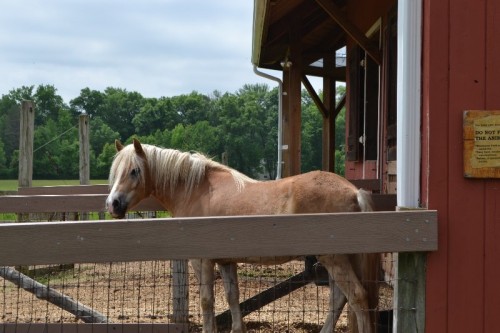 We also got to peek in on a few sleeping pigs and bunnies. The girls enjoyed picking the grass and attempting to feed the chickens. 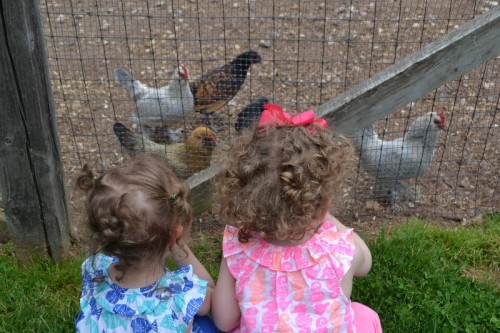 There were also donkeys and a few cows out roaming in the field. 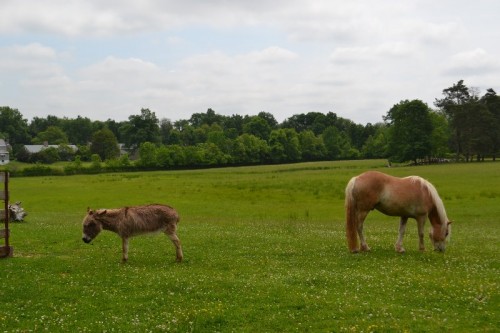 After we checked out the animals we decided to eat lunch. I had packed our lunch the night before – a trick I’m using to try to get out of the house at a decent hour. Even with the extra planning, I still got to the park 15 minutes late.

There were several picnic tables set in the shade that provided a nice rest from the beating sun. There was plenty of room for the kids to roam while I caught up with my friend. 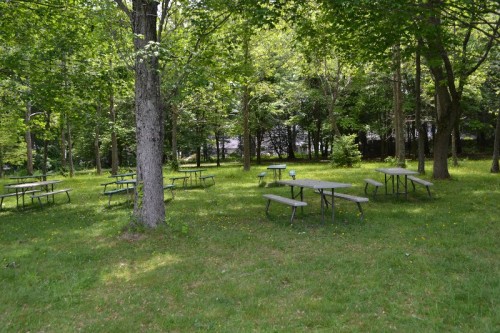 The park also has hiking trails and several flower and vegetable gardens. 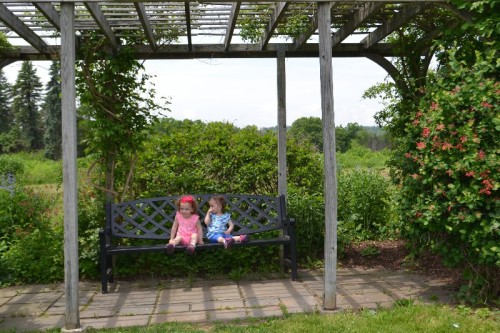 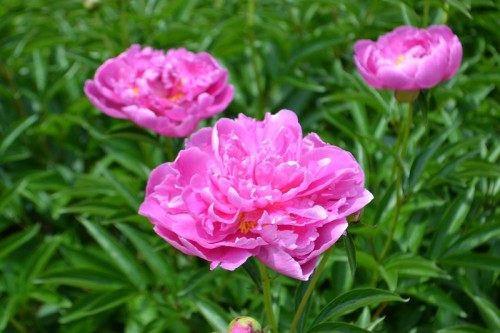 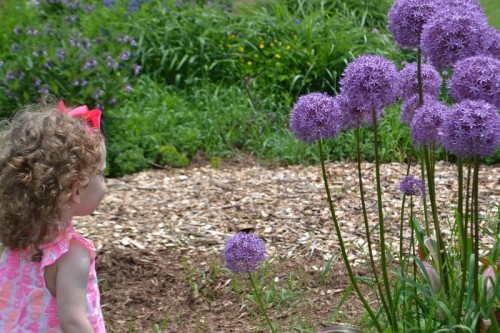 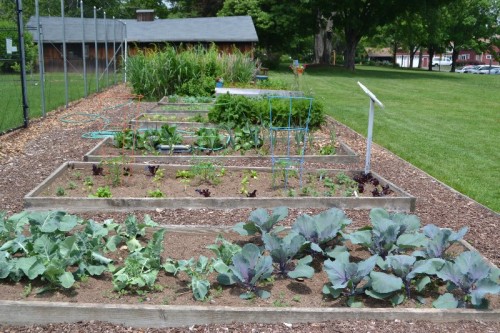 The park quickly cleared out as naptime approached. The girls seemed to have a great time. I’d like to return one day for one of their classes or even some of their community events.