All new for 2015 – The Peanuts Movie Ice Palace at Westfarms

Disclaimer: I was invited to attend and review the Frozen Ice Palace at Westfarms Mall. All opinions expressed are my own.

We might still be a few weeks away from Thanksgiving but Westfarms Mall in CT is already decked out for the holiday season. The Christmas trees are out, the lights are strung and in the center of the mall is the Frozen Ice Palace. 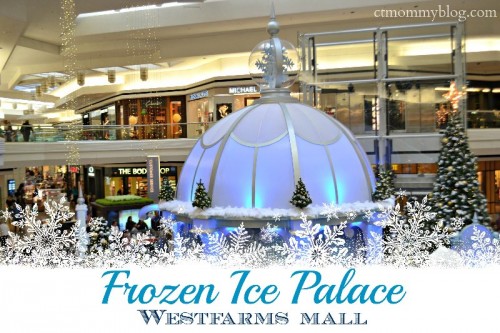 Disney’s Frozen is one of the hottest trends right now. In fact, the movie was the highest-grossing animated film of all time. I know my twins are obsessed with the movie. We watch the movie on loop, sing and dance around in the living room to the songs. My little ones even dressed up as Elsa, Anna, and Olaf for Halloween. That’s why I knew they would LOVE going to see the Ice Palace. 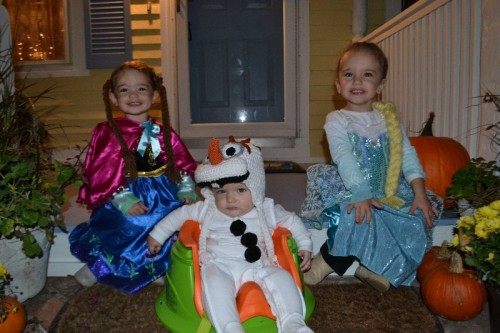 The Ice Palace opened on November 6th and runs every day until Christmas Eve. We went a few days after it opened and it felt like everyone else had the same idea. The lines for the Ice Palace extended throughout the center court of the mall. There were reports of people waiting multiple hours.

TIP:  The Frozen Ice Palace is super popular! To avoid the long lines I’d suggest checking the opening times each day and try to get there EARLY! Also, try going during the week, if you can. It will surely cut your wait time down compared to peak hours. 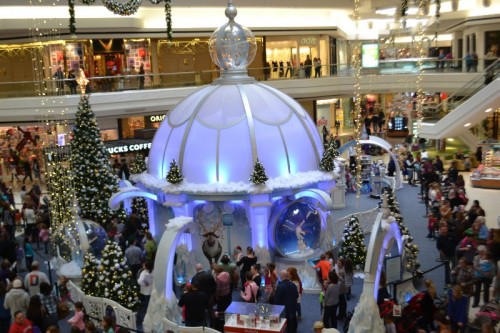 While waiting in line you can compare your height against Sven and Olaf, as well as create a Frozen handprint. 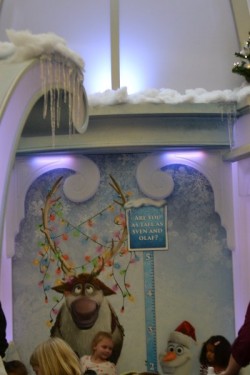 By far, the highlight of the palace was the 30-foot-tall ice dome that looks like it came straight from the hands of Queen Elsa. Fake powdered snow fell from the sky. My little ones enjoyed tossing it in the air and blowing it at each other. Andrew even got in on the fun as he got to experience his “first snow.” 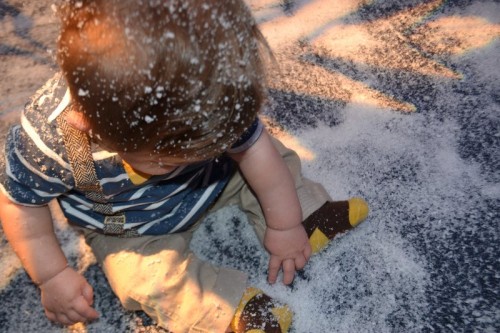 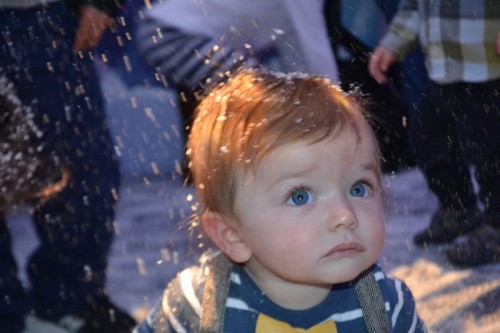 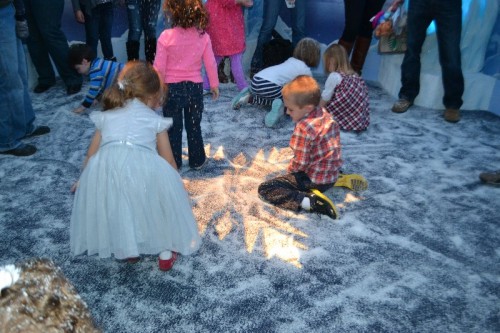 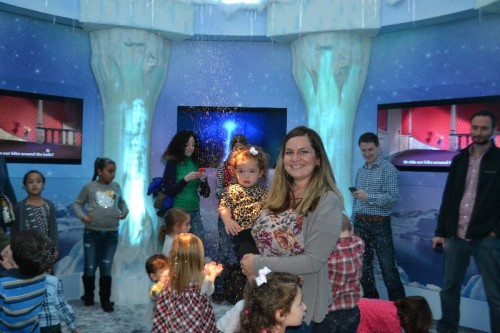 Since the Snow Palace is helping to celebrate the new release of Disney’s Frozen Sing-Along DVD there were several screens playing scenes and music from the beloved movie. 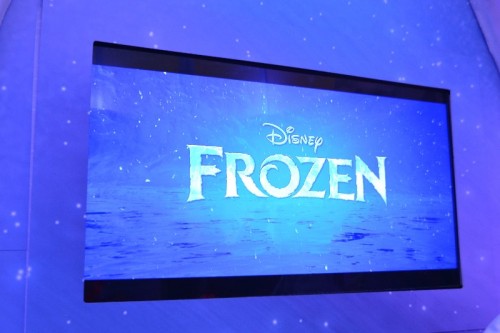 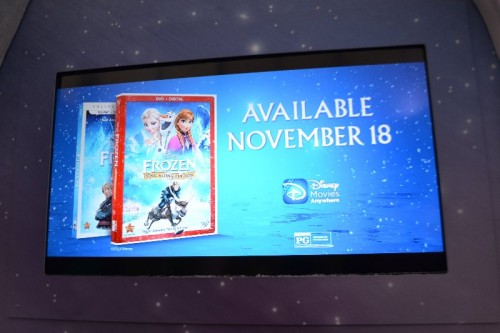 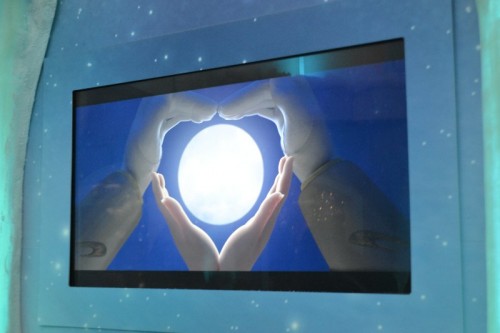 We played in the Ice Palace for about 20 minutes. Once we exited we got to sit on an ice throne and take our pictures with stuffed Olaf dolls before heading over to see Santa. 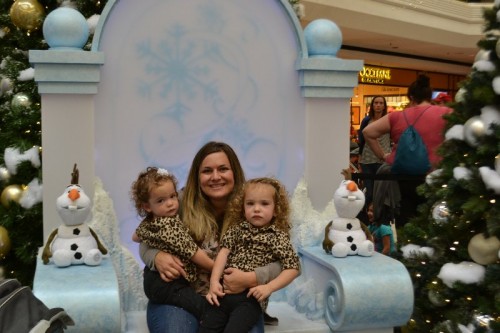 There were several different photo package options for pictures with Santa. They started at $22 and went up in price to $49 with additional add-ons available. Each package included a Shutterfly gift card that could then be used to get some holiday cards.

The girls weren’t feeling sitting on Santa’s lap, but I knew that Andrew wouldn’t give me any trouble. I think it is safe to say that Andrew loved meeting Santa for the first time! 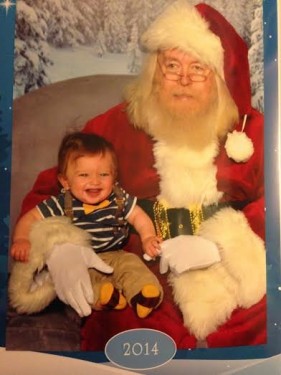 Even though the girls didn’t sit on Santa’s lap, he still gave them a miniature Look and Find Frozen book. 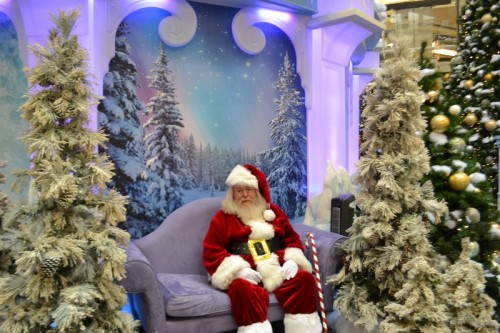 We loved the experience at Disney’s Ice Palace. My girls have been talking about it for days and have asked to go back several times. In the meantime, I think Elsa’s Ice Castle Playhut will be making their Christmas wishlist this year along with the Frozen Sing-Along Edition.