I had been hinting to my hubby all week that I was looking forward to Mother’s Day. I even directed him to my Mother’s Day wish list in case he needed some gift suggestions. Life with twin two-year-olds and an infant has been pretty hectic. I was excited to get a little extra attention for the day and have someone else tend to the kids because, after all, it was Mother’s Day.

I was able to sleep in past my usual wake up call and was served breakfast in bed. I was even surprised with a gift that included a new personalized phone case. We decided to spend part of the day at the Connecticut Science Center in downtown Hartford for their Spring Fling with Curious George. It was a special event that only ran this weekend. 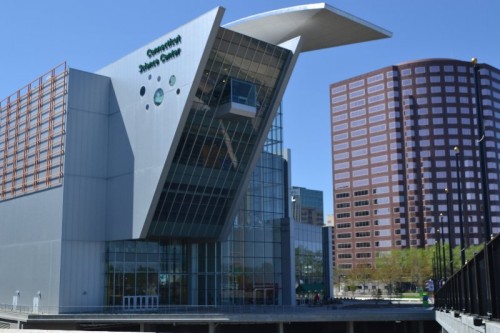 Chris and I had been to the Science Center a few years ago when it first opened. I had forgotten how many floors there were full of exhibits.  Most of the exhibits are hands on. They also have 3-D movie theater.  I would say that most of the exhibits are geared toward older children, but they do have Kidspace which features water play and soft building blocks. 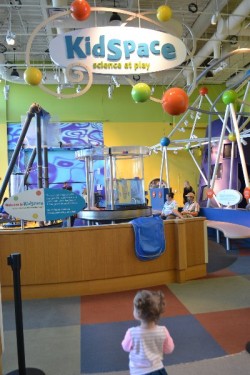 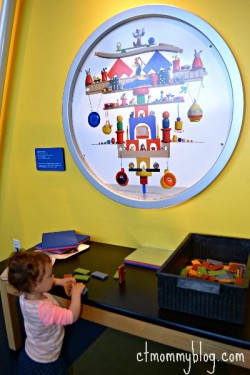 The girls enjoyed touching the interactive buttons around the Science Center, and they especially liked riding the elevator up and down to the different floors. 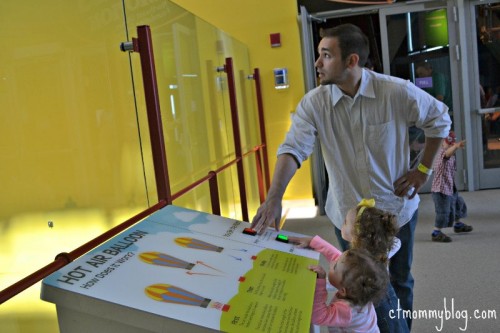 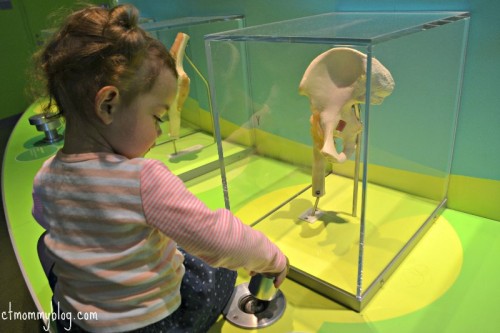 The Spring Fling was the big event of the day. It featured a visit with Curious George and the Man in the Yellow Hat. My girls were a bit hesitant to approach a giant monkey but I was able to convince Juliette that he was friendly after she “fed” him a banana. 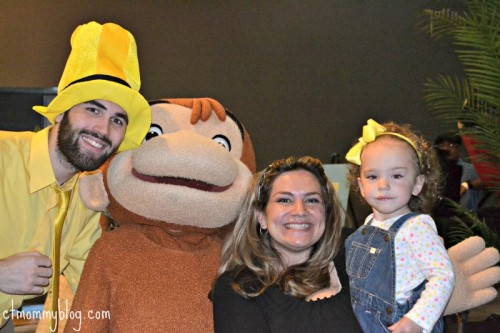 The event also had a live bubble demonstration– Bubble Mania with Casey Carle. This held the girls’ interest for about 15 minutes before they started  to get restless. From what we saw of the show, he did some pretty impressive things with bubbles. We tried to get the girls to get their face painted, but they of course changed their minds once we got up to the table. 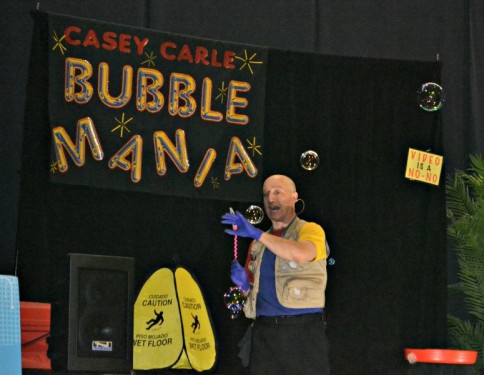 The rest of the Spring Fling followed a jungle theme. They had a tiger-shaped bounce house with a DJ playing. live snakes and animals to touch, tables for coloring and crafts, and a photo booth. 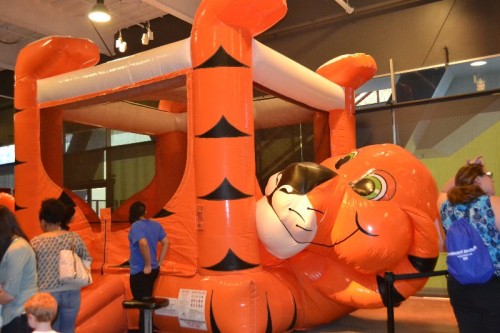 When we were done with all of the exhibits that two-year-olds can handle we decided to have lunch. You are allowed to bring food from home or you can enjoy something from the Subway restaurant. Food is not allowed in the exhibits. We chose to eat at Subway and enjoyed some fresh air outdoors. 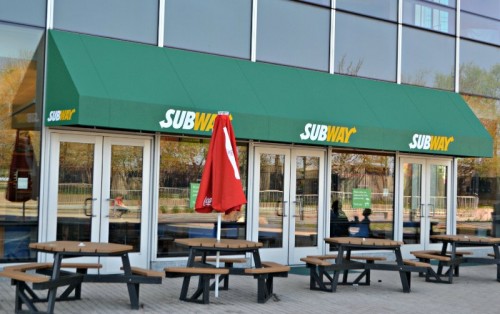 After lunch we decided to head home and enjoy the rest of Mother’s Day at home with the family. Spending the day at the CT Science Center was a lot of fun. I love exposing my kids to different places and experiences. I do think that we’ll go back again one day when everyone is a little older and can understand more of the science.