Disney on Ice is coming to Connecticut in January 2015 and I couldn’t be more excited. I’ve been wanting to bring my girls to a live Disney show for a while. I just wasn’t sure if they could sit through the whole show. This past weekend we took them to their first movie and they loved it. I have no doubts now that they will love a live show. 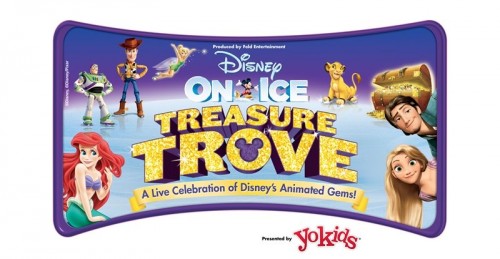 Disney on Ice presents Treasure Trove is making two stops in Connecticut next month. It’s coming to Bridgeport’s Webster Bank Arena January 8th – 11th and the XL Center in Hartford January 14th – 18th. It seems like the perfect activity to do with the little ones during those cold winter days.

The special Treasure Trove show celebrates the legacy of Disney animated movies with hit songs and favorite moments in Disney films. The show spans from Disney’s first film, Snow White and the Seven Dwarfs, to the 50th film, Tangled. There will be movie characters for every generation so bring along grandma and grandpa for the fun. 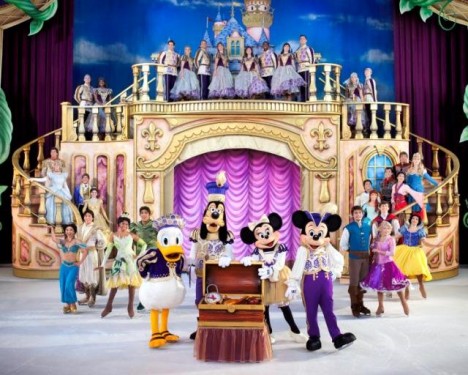 The show begins with Woody and Jessie from Toy Story getting everyone up on their feet dancing to the  “Yee Haw Dance” song. It will be followed by live skating performances from more than 50 characters from Peter Pan, Alice in Wonderland, The Lion King, The Little Mermaid, Aladdin, Tangled, and The Princess and the Frog. My girls are going to go crazy for the parade of 9 Disney Princesses! And don’t forget about the special performance from Rupunzel and Flynn from Tangled.

Tickets to Disney on Ice Treasure Trove are on sale now and start at $15 for select performances. Check out the Disney on Ice website for details.

Because it’s the season of giving, I’m giving away two family 4-packs to Disney on Ice presents Treasure Trove at Webster Bank Arena in Bridgeport, CT on Thursday, January 8, 2015 at 7 pm.

Enter the giveaway below for your chance to win 4 FREE tickets to Disney on Ice presents Treasure Trove. To enter, simply share this blog post with a friend by using the widget below. Two winners will be chosen at random on December 22nd. Good luck!