Disney on Ice Frozen at The Webster Bank Arena in Bridgeport, CT!

Disclaimer: I was given complimentary tickets to the show in exchange for an honest review. All thoughts and opinions are my own.

Elsa brought the frigid temperatures from Arendelle with her while she visits Connecticut during the production of Disney on Ice’s Frozen. The show will be live at The Webster Bank Arena in Bridgeport, CT now until Sunday, January 7, 2018. It will then make a stop at the XL Center in Hartford from January 11-15, 2018. My family and I got a chance to watch the first show since the epic “Bomb Cyclone” and I have all the inside scoop you’ll need before attending the show. 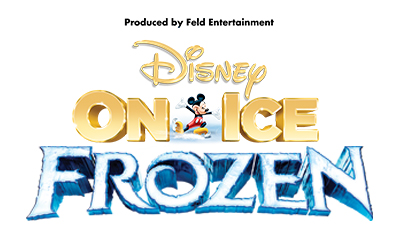 Tickets to the show are still available. You can purchase tickets by calling 1-800-745-3000, at Ticketmaster.com, or by visiting the Webster Bank Arena ticket box office.

The arena is conveniently located off of I-95 and Rte. 8. There are several parking lots all around. We parked in the outdoor lot across from the arena. Parking was $10 in cash only.

TIP: Give yourself plenty of extra time for parking. I’ve seen several shows at the arena and there always seems to be a large amount of traffic. We got off our exit 45 minutes before the show and we were still cutting it close to see the opening act.

Be warned — From the moment you enter the theater to the moment the lights go down for the opening act, you are inundated with Disney merchandise and food for sale. You can easily cut down on the extra expense by eating at home or bringing along some toys. My twins had a Frozen themed birthday party last month so they wore their Anna & Elsa shirts. They didn’t care that it wasn’t purchased at the show. They just wanted to feel special.

If you want to get more bang for your buck consider getting one of the food items. Many come with souvenir cups, bags or hats — you’ll get food and a souvenir!

TIP: Check out the dollar store before you go and grab some light-up wands and Disney toys to bring to the show – your wallet will thank you!

The show opened with a narration from Mickey, Minnie, Goofy, and Donald. There were special appearance from Disney princesses, characters from Toy Story, The Lion King and Finding Nemo. 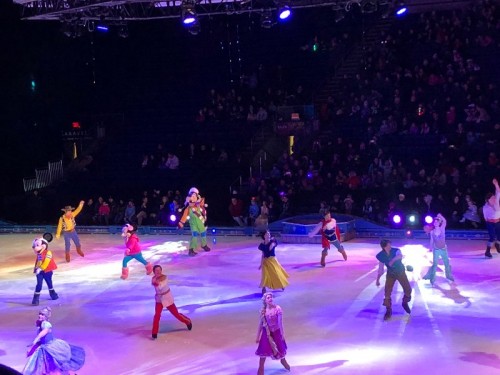 The ice was beautifully transformed into Arendelle with vibrant colors, real-life props, small pyrotechnics, and falling snow. It’s easy to forget that the whole show is being performed on skates! 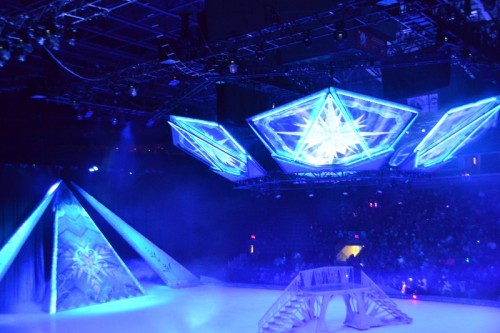 Frozen was a huge hit in our house when the movie first came out. I had two-year-old twins and a newborn so the movie got played on loop during those groggy first months home with a new baby. We know all the scenes and music by heart so we had high expectations for the live show. I must say that the show did not disappoint. In fact, I thought certain scenes like the coronation, Olaf’s “In Summer” and the snow monster were even better in person.

The scenes and music were perfectly inline with the movie. We watched as Anna follows her heart and sets off on an adventure to rescue her best friend and sister, Elsa. Along the way she meets Kristoff, reindeer Sven and the beloved snowman Olaf. They battle frigid temperatures, wolves, a snow monster and get some love advice from trolls. 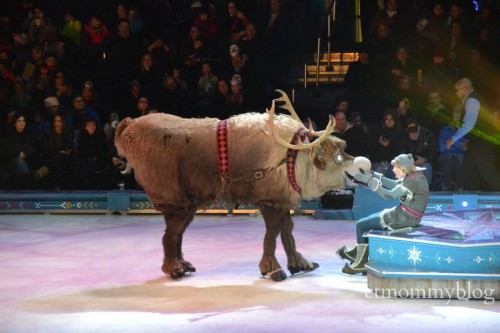 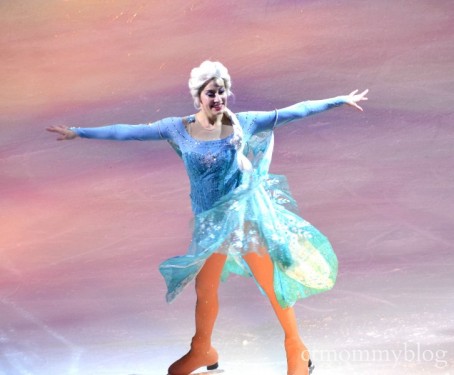 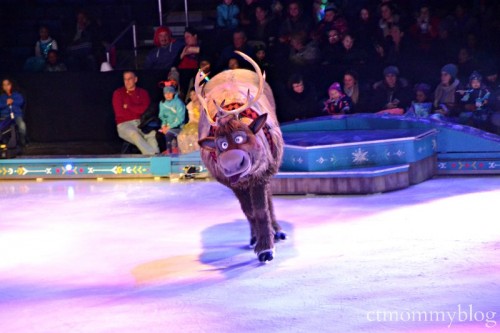 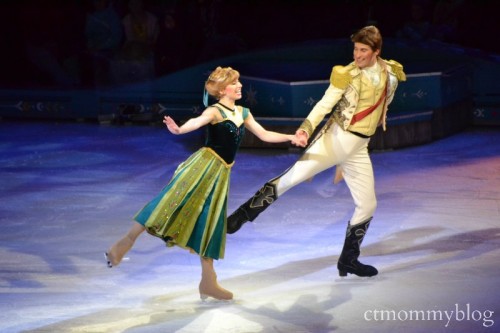 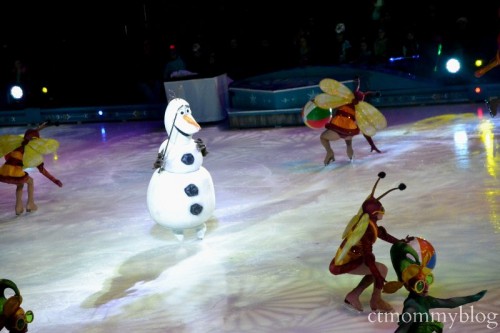 Anna and Elsa learn that only their sisterly love can thaw a frozen heart. The pair reconnect and as the kingdom rejoices. The show was magical. You could hear the little voices across the arena singing along with their favorite characters. My little ones loved watching one of their favorite movies come to life. 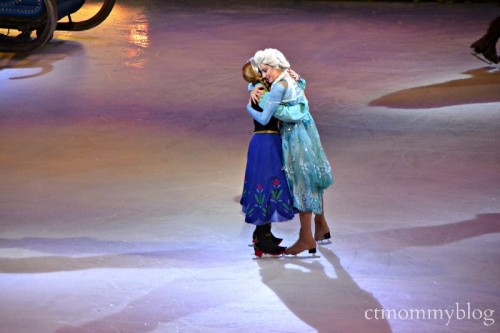 The show concludes with all of the favorite Disney characters together again on the ice for one final song. The whole show lasted about 1 hour 45 minutes with a brief intermission. 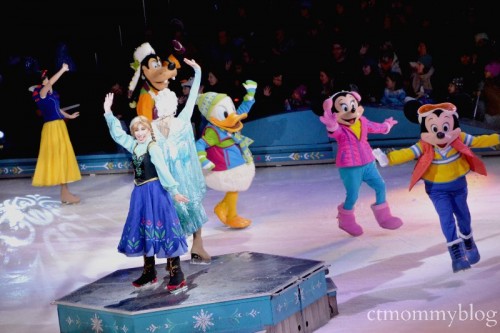 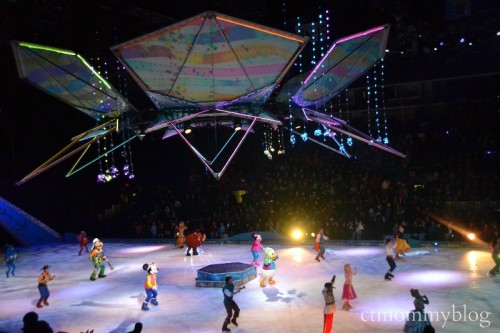 My whole family loved the Frozen show. It was a great adaptation from the original movie with all of our favorite characters, songs, and scenes. If you’re looking for something exciting to do with the whole family this weekend, I’d highly recommend attending the show.