2018 Update: Pumpkin Patch Train rides run on weekends (and Columbus Day) from October 6 – 28, 2018. Check out my list of 50 family-friendly fall events around Connecticut.

My girls are like most other toddlers — they love trains and they love farms. When I found out about the Naugatuck Railroad train ride to a pumpkin patch I knew it was the perfect fall activity to combine two of their favorite things. 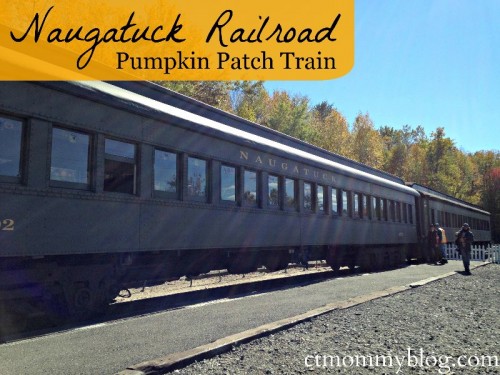 The Naugatuck Railroad leaves from the Railroad Museum of New England in Thomaston, CT. I had purchased my tickets online and had them waiting for me at the “will call” window. We were meeting a group of friends and had no trouble finding seating for all of us together. 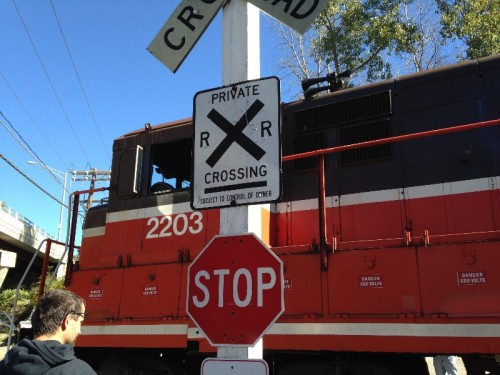 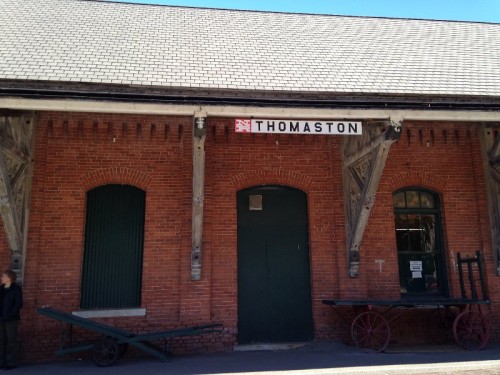 The Connecticut foliage is at its peak right now. Even though I’ve lived here my entire life, I’m still amazed at how beautiful the trees look this time of year. I really wanted to go leaf peeping this year but I figured that a long car ride just wasn’t the way to go with three small children. We’ve been wanting to take the girls on a train ride since they fell in love with the Essex Steam Train North Pole Express last Christmas. We decided that the Naugatuck Railroad Pumpkin Patch Train would be the perfect family-friendly way to enjoy the beautiful Connecticut foliage. 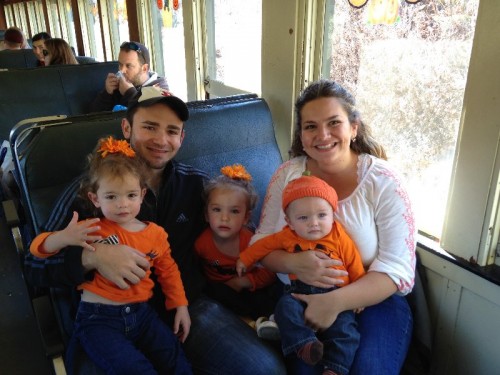 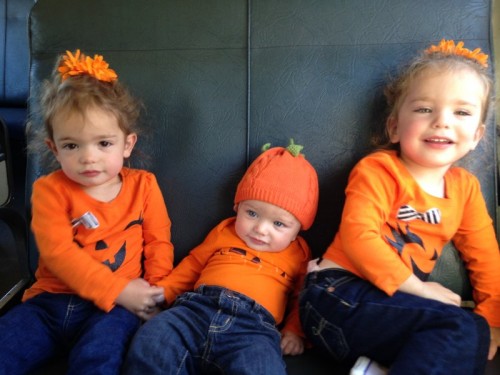 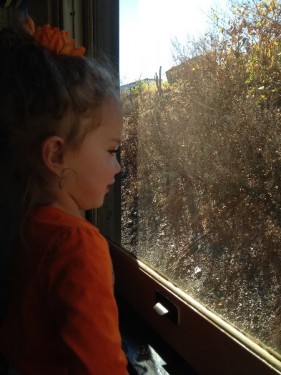 We took the 12 pm train and brought along our lunch. Full Bellies = Happy Kids = Happy Parents.

TIP: There is a Dunkin Donuts down the street from the train station!

Once we were settled on the train, the conductor came around to punch our tickets. I asked him how long it was going to take to get to the farm. He gave me a puzzled look and told me we had already passed the pumpkin patch. I didn’t think much of it and figured that it must have been on the other side of the train. He did say that the train runs to an old junk yard before turning around. 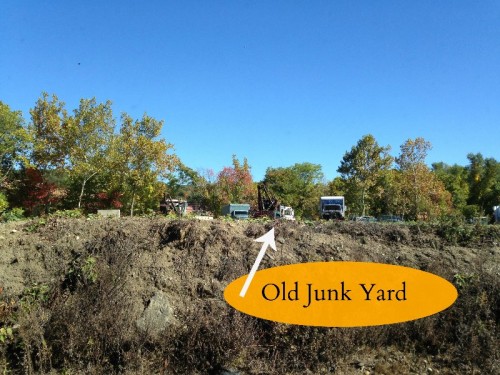 It took us about an hour to get to the pumpkin patch. When we arrived I realized why the conductor gave me a funny look when I asked about the “farm.” I simply assumed that the pumpkin patch would be at a farm, but instead it was a field with pumpkins scattered around. Think of an Easter egg hunt, but instead of eggs there were small pumpkins all around. 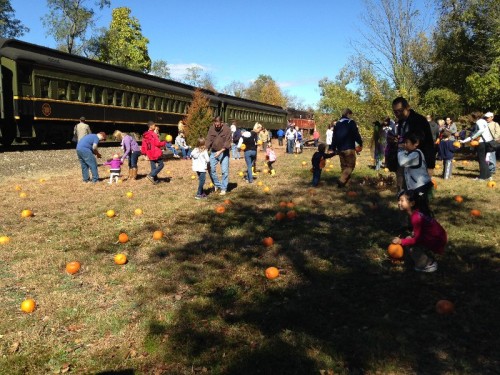 The pumpkins were good quality and perfect for little ones to hold. Everyone was allowed to bring back one pumpkin. Of course our girls quickly ran and picked the first pumpkin they saw. We used the rest of the time to snap some family pictures. 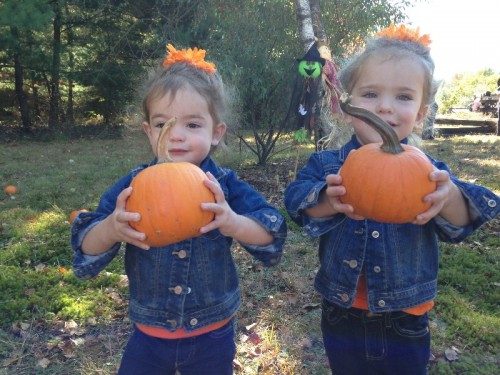 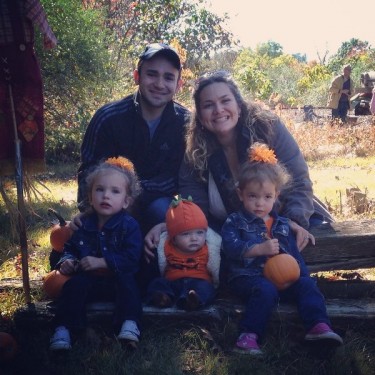 While at the pumpkin patch I recognized fellow Connecticut blogger, Mandy from OutandAboutMom. She was also there with her family working on a post of the train ride. We were sitting right next to each other and had no idea!

The train continued down until the Thomaston Dam before turning around. We were able to see the beautiful views of the fall foliage. 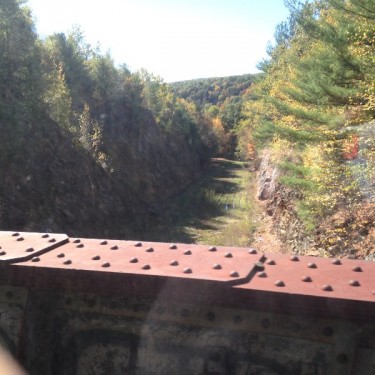 As we pulled back into the station we could see people lining up for the 2 pm train. We quickly headed home in hopes to salvage our afternoon nap. 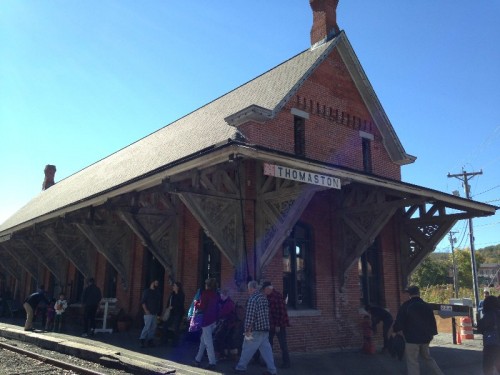 We had a fun time aboard the Naugatuck Railroad Pumpkin Patch Train. It was the perfect way to spend a fall day in New England. There was something for parents and children to enjoy.