Nestled in Woodbury, CT you’ll find a camel, kangaroo, deer, donkeys, goats, and sheep. There’s even a zebra and her baby Zeedonk (cross between a zebra and donkey). All of these exotic animals and many more live at the Highwire Deer & Animal Farm. 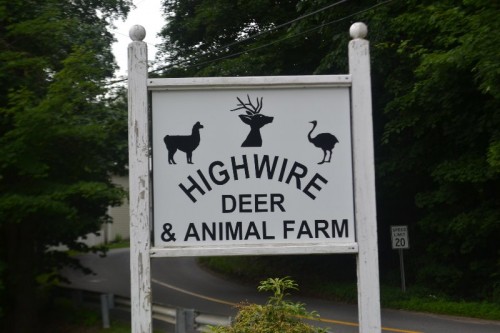 From the outside this farm doesn’t look like much, but once you enter you get to get up close and personal with some pretty cool animals. This fun little farm is only open during the summer months Wednesday – Sunday between 11 am – 4 pm.  There is an admittance fee for ages 2 and up. You can also purchase food to feed the animals. 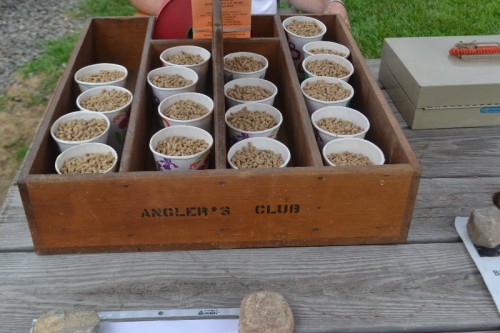 When we entered the farm we were greeted by two friendly goats. They ran loose along side us for the majority of our trip. At first, my girls were a little uneasy about the them but within minutes the goats were feeding straight out of their hands. 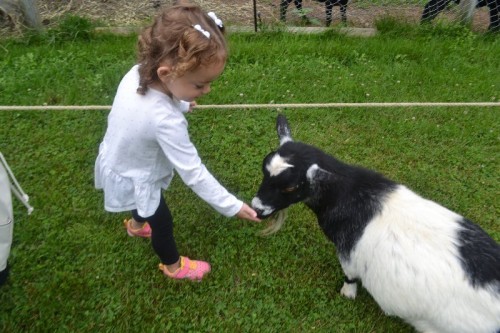 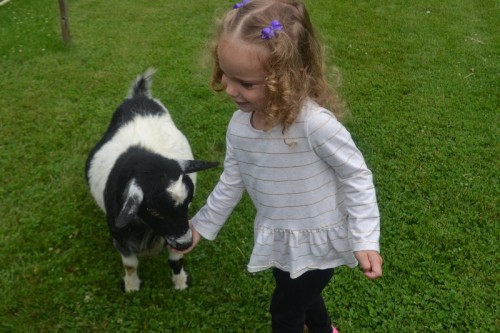 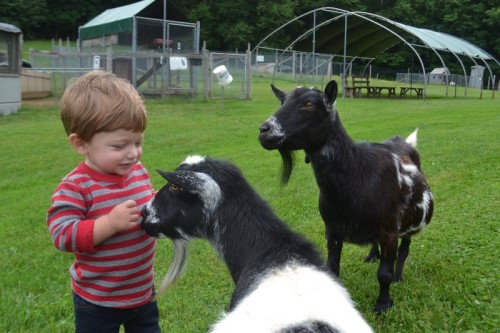 We visited the farm on a late Thursday morning. We were the only ones in the farm at the time so we had the place to ourselves. We followed the circular path around to view and feed the animals. The farm is stroller-friendly. It has a little bit of a hill but I had no problem wheeling around my stroller to see the animals. 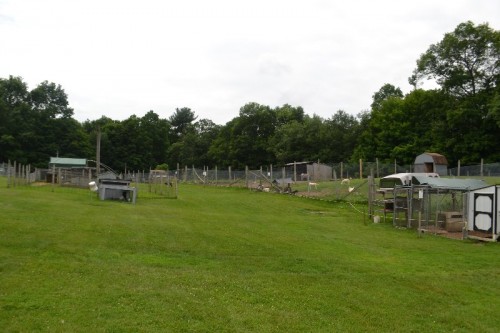 The animals were grouped together by breed in large fenced-in areas. The camel, zebra and zedonk were behind electric fences with a safety fence in front. There were signs on each cage with facts about the animals inside. We were able to feed many of the animals right out of our hands. Other animals had signs that said do not touch. 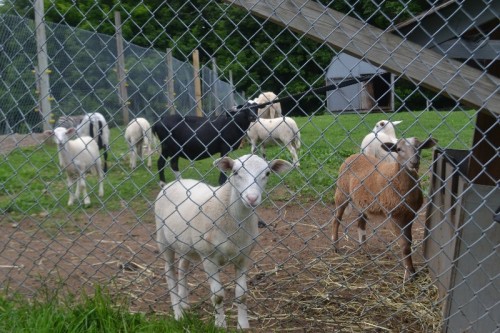 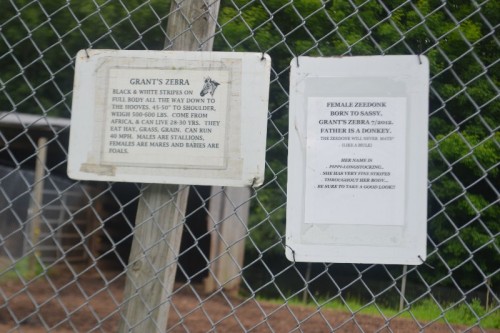 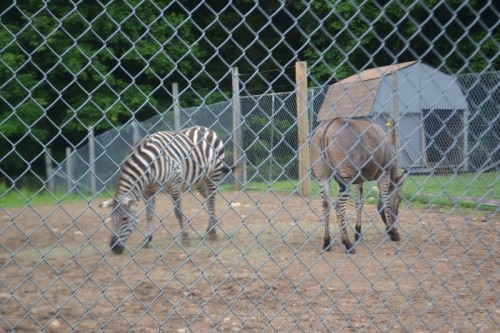 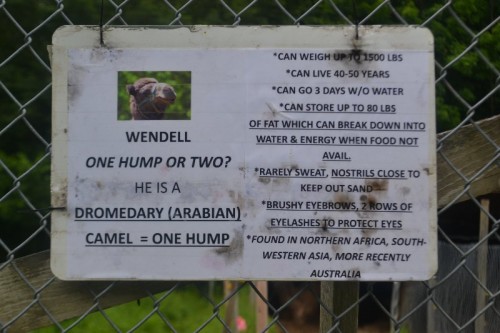 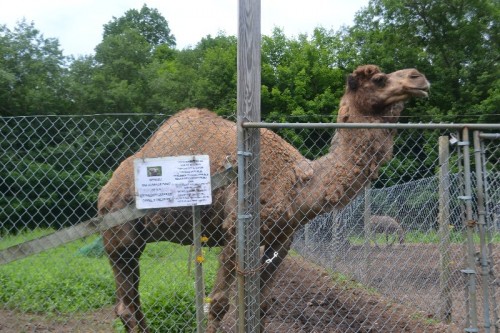 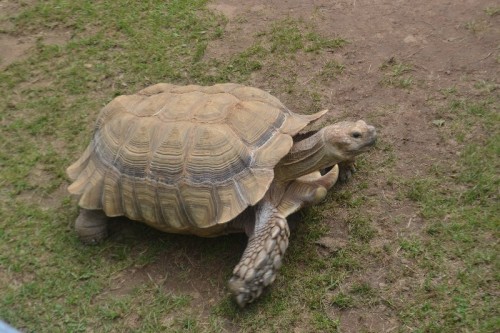 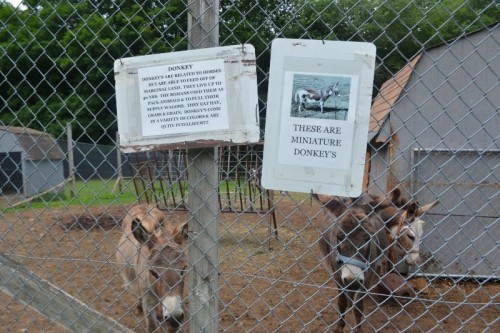 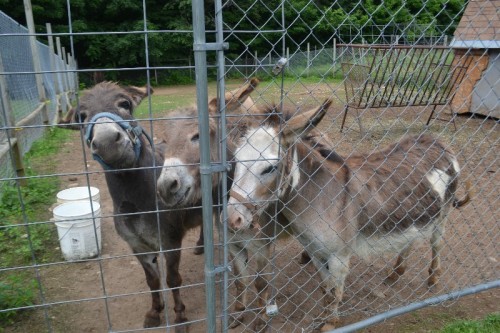 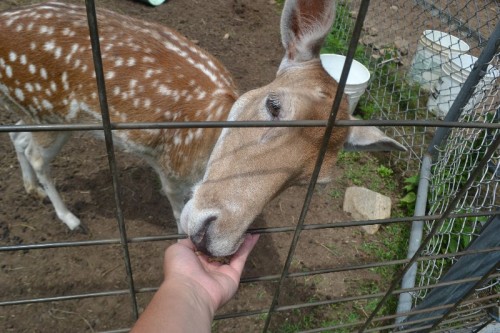 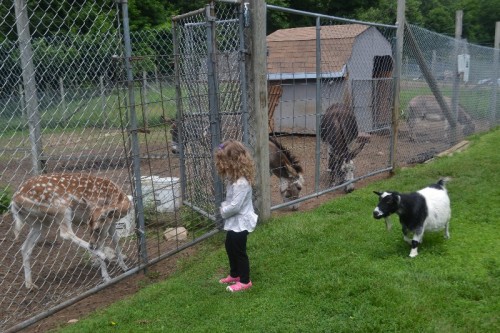 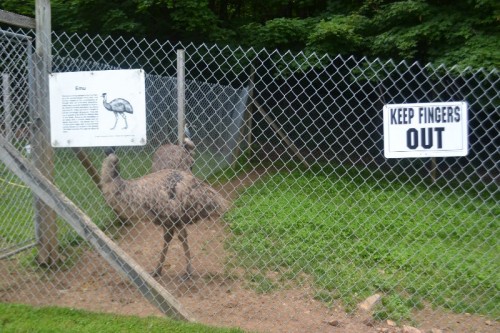 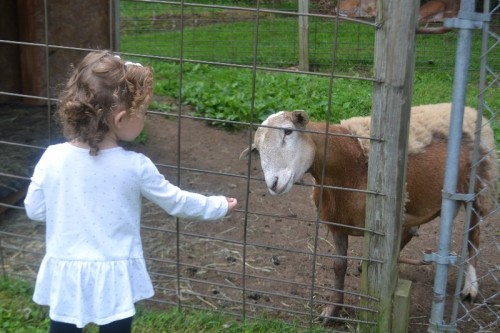 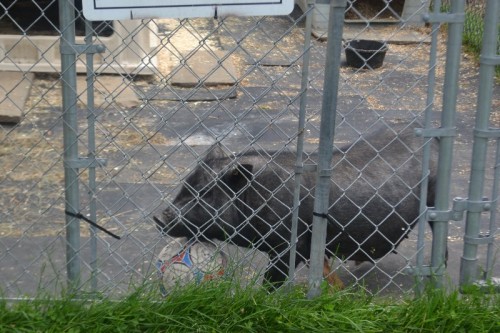 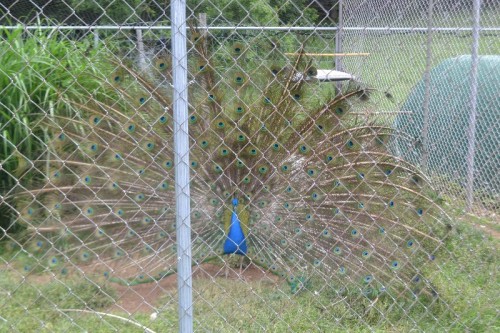 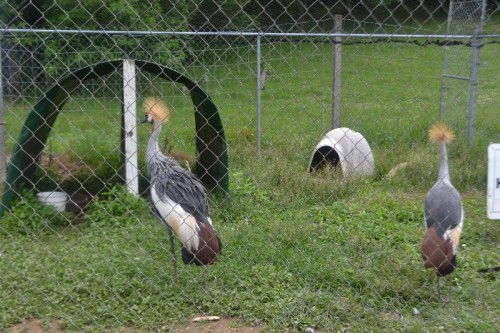 After we had visited all of the animals there was a hand washing station. There were also bottles of antibacterial gel around the farm. 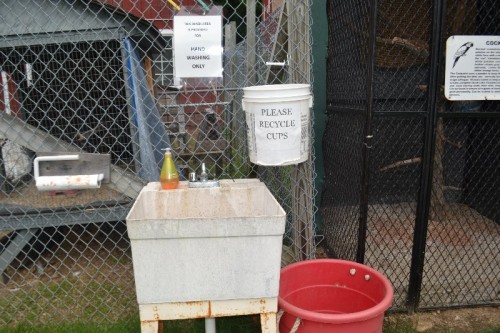 There was a gated picnic area outside the main animals. There were a few alpacas nearby to keep us company as we ate our lunch. There was also a porta-potty in case anyone needed to use the restroom. 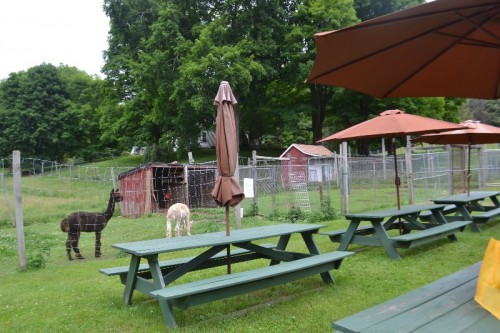 We had a great time getting a first-hand look at some really exotic animals at Highwire Farm. I would definitely recommend this spot to anyone local looking for something new to do.