I’ve been anxiously awaiting the opening of the brand new Dino Expedition at Lake Compounce in Bristol, CT. They’ve been sharing sneak peeks of the dinosaurs on their Facebook page for a few months. The theme park opened for the summer season during Mother’s Day weekend and Dino Expedition officially opened this past weekend. 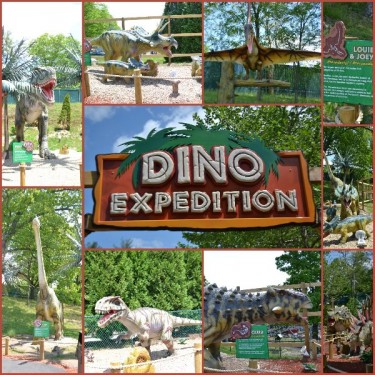 The Dino Expedition is in the children’s section tucked between the kiddie swings and Zoomerang rollercoaster. We first spotted the dinosaurs while on the hot air balloon ride. The dinosaur’s heads were peeking over the park and grabbed everyone’s attention. 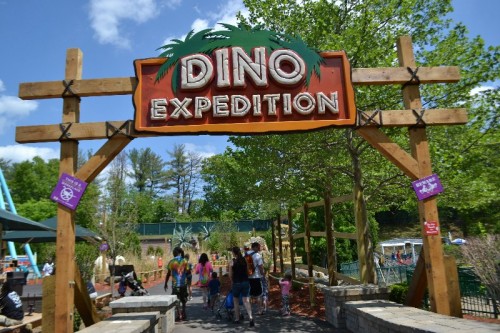 The dinosaur area is a walking pathway filled with animatronic dinosaurs on either side. You’re able to get up close and personal (please don’t touch) and pose for pictures. 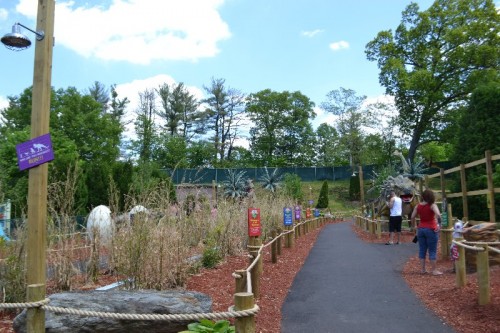 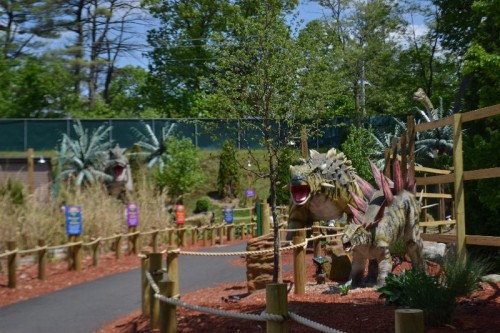 The dinosaurs make noise, breathe and move. These aren’t the friendly little dinosaurs from your kid’s favorite shows. These dinosaurs are lifelike. They have sharp teeth and grimacing faces.

TIP: Even though Dino Expedition is in the children’s section of the park, it might be frightening for the youngest visitors. 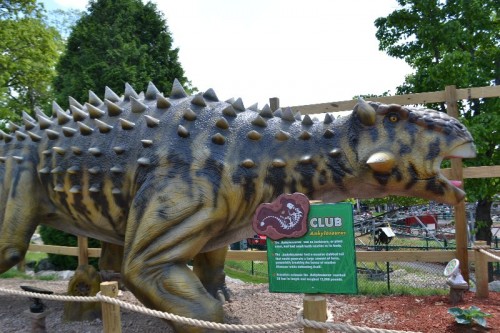 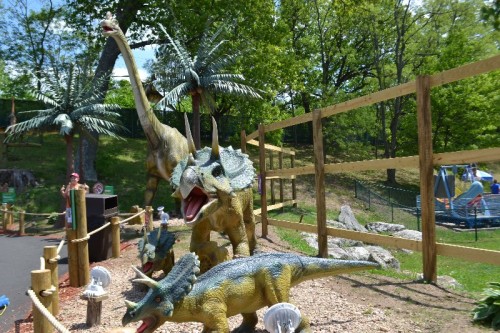 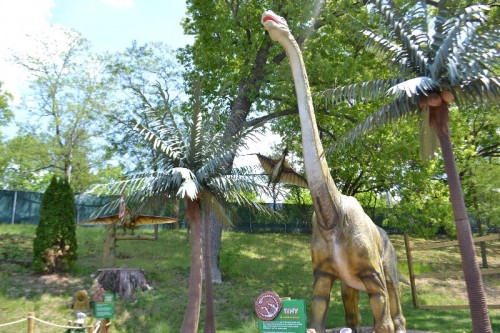 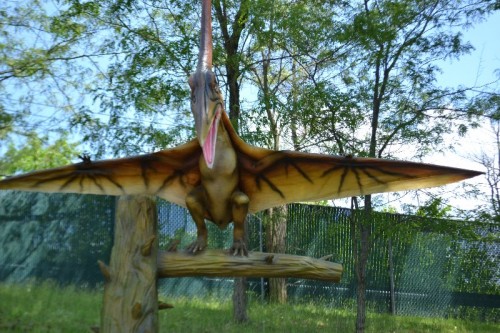 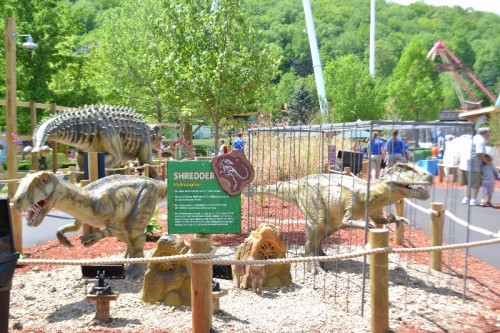 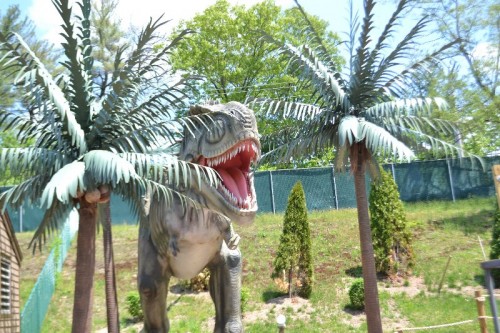 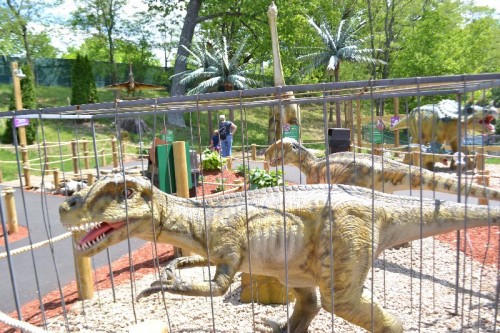 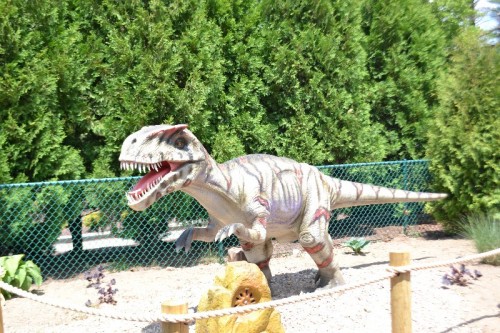 Each dinosaur has its own name plaque filled with dinosaur facts. 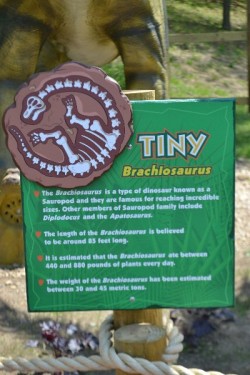 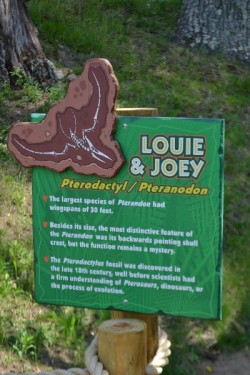 There are also Dinosaurs by the Numbers facts posted throughout the area. 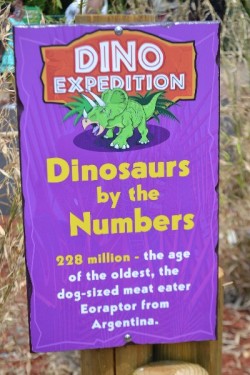 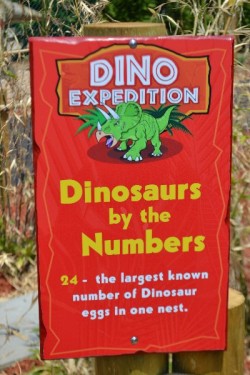 At the end of the path are three large eggs. Kids (and adults) can climb inside for a photo. The middle area has a dinosaur who pops up when you walk up close. 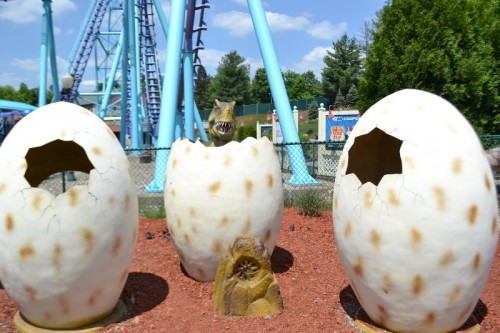 Dino Traders is a little gift shop filled with dinosaur souvenirs and drinks.

TIP: Remember that you can get free fountain soda and water throughout the park. 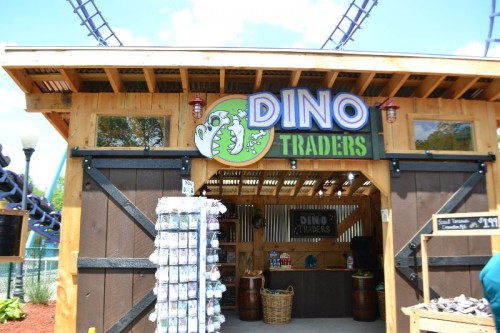 My little ones were a little too scared to walk the dinosaur path. Thankfully the Allosaurus Dig Pit was a non-scary spot where they could dig for bones. It’s a large (mostly) shaded sandbox filled with buckets and shovels where kids try to uncover dinosaur bones. My kids loved it. 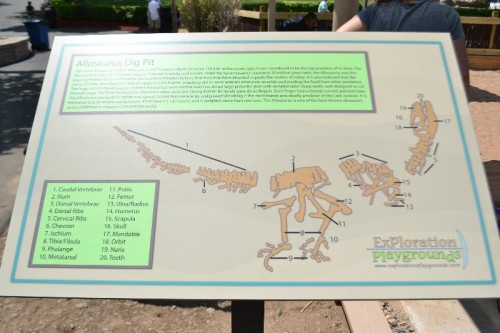 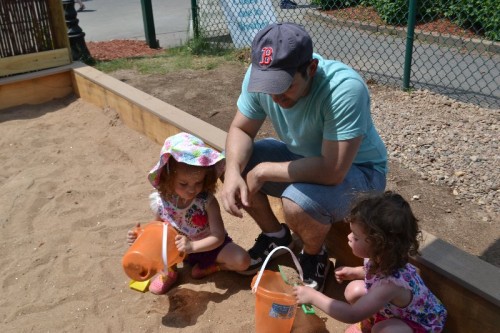 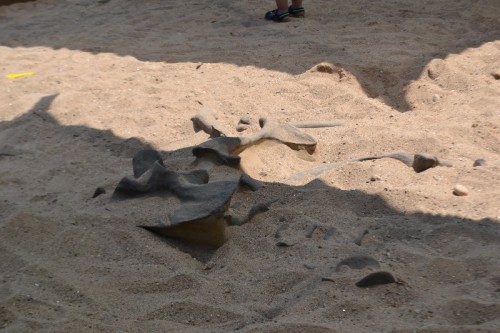 Overall I think Dino Expedition is a nice addition to Lake Compounce.  I wasn’t expecting all of the dinosaurs to be grouped together. At first it felt a bit small, but it made for a complete experience. It wouldn’t have been the same if dinosaurs were just scattered around the park.

The dinosaurs seemed like they were high quality. I like that you were able to get so close to them and that there were facts posted throughout. I also appreciate that there was a non-scary area for the younger visitors.